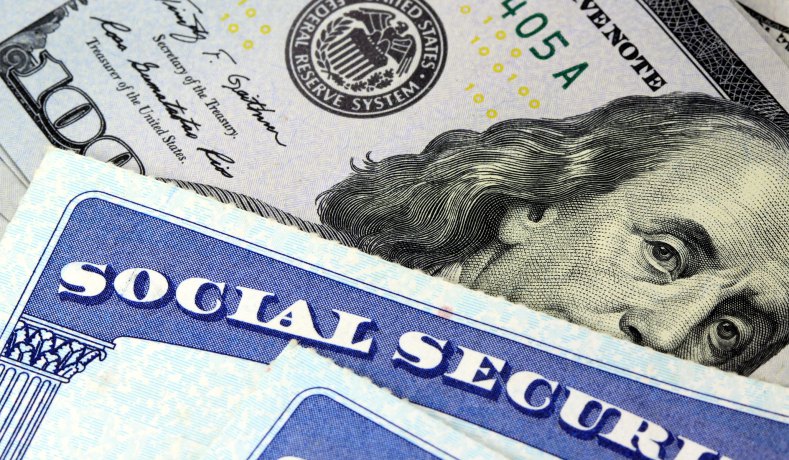 ‘By 2034, the payroll taxes collected will be enough to pay only about 77 percent of scheduled benefits.’

Sadly, America’s forthcoming “economic tsunami” is so predictable that our government issues an annual warning forecasting the year when — absent real reform — the monster waves will overtake all Social Security recipients and substantially reduce payments.

Am I an alarmist? No, just a realist, because once again I read the annual Social Security statement that arrived in the mail. The year 2015 was the first time I noticed and wrote  about the government-issued warning, shown below, that appears on page two under “Your Estimated Benefits.” Three years have transpired, and it’s no surprise that Congress still has taken no action to solve this impending crisis — scheduled for 2034, only 16 years from now.

“Your estimated benefits are based on current law. Congress has made changes to the law in the past and can do so at any time.”

Translation: Wishful thinking that is politically almost impossible. No member of Congress, from either party, will vote to reduce the monthly Social Security payments received by their constituents knowing how that is a permanent one-way ticket back to their home district.

“The law governing benefit amounts may change because, by 2034, the payroll taxes collected will be enough to pay only about 77 percent of scheduled benefits.”

Translation: Because Congress refuses to confront this problem, we regret to inform you that in 16 years your monthly payment will be reduced by about 23 percent. If you now receive $2,000 monthly, in 2034 your payment will be $1,540. Don’t complain that we didn’t warn you!

Cue the legions of gray-haired protest marchers with walkers and canes! Cue the heartbreaking stories of seniors who can no longer afford their rent.

The harsh reality is that even though the government admits that it will soon be able to “pay only about 77 percent of scheduled benefits,” the reduction could be even greater and sooner. The following projections show trends from four of my annual Social Security benefit statements:

According to the Trustees of Social Security, the problem is fueled by two factors: First, from now until 2034, “the ratio of workers paying taxes to support each Social Security beneficiary will decline significantly from 3:1 to 2:1. In 1970, this ratio was nearly 4:1.” Second, by 2034 the total number of beneficiaries “is projected to reach 87 million — 41 percent more than the number in 2017.”

Of course, aging Baby Boomers born between 1946 and 1964 are central to the issue. Pew Research reports that in 2019 there will be 72 million of us.

Unfortunately, time is running out for Social Security to be drastically reformed. Beginning in 2026 we’ll see what I call the Social Security “bulge years.” This is when all Boomers, including the youngest born in 1964, will have turned 62 and be eligible to collect retirement benefits.

Then, eight years later in 2034, when the 1964 crop celebrates their 70th birthdays and the oldest Boomers turn 88, the “bulge” is projected to burst, and only 77 percent of benefits can be paid. Sixteen years from now — if the problem is not properly addressed — such a drastic reduction has the potential to shake this nation to its very core.

Meanwhile, the cost of Social Security is staggering as displayed on the U.S. Debt Clock. (What I often refer to as the U.S. government’s “ticking time bomb.”)

Today, Social Security is the government’s second-largest annual budget expense at $967.5 billion. (It’s surpassed only by Medicare/Medicaid at $1.085 trillion.)

But in 2022, the Debt Clock’s furthest future year, the cost of Social Security is projected to be $1.166 trillion — the largest budget expense — surpassing Medicare/Medicaid at $1.138 trillion. Remember, 2022 is still four years from the beginning of the “bulge years” that start in 2026, when Social Security costs will significantly escalate.

Now get ready for some numbers that should spur Congress into action — but won’t.

Moreover, both Social Security and Medicare/Medicaid, along with federal-employee and veterans benefits and debt held by the public, feed into the “mother of all numbers” —  the U.S. government’s total unfunded liabilities. The cost of benefits that the U.S. government is obligated to pay its citizens now stands at $113 trillion, but increases to $140 trillion by 2022.

It does not take a math genius to recognize that sitting in drab Washington, D.C., federal buildings are teams of budget analysts who know that Social Security retirement is not the only government benefit program that will be forced to cut smaller monthly checks in the ensuing decades. According to the Social Security Trustees, for example, “Without legislative action, approximately 11 million disabled people and their families could face across-the-board benefit cuts of 7 percent in 2028.”

The question is when and how will our elected leaders break that news to the American people, since Congress refuses to take any action reforming any part of Social Security.

The answer is bold leadership while the economic tsunami is still offshore.

Why You Should Ignore Every 2020 Poll

Why We Should Fear and Loathe the 2020 Campaign